God is at work. I am encouraged when I hear testimonies about the ways in which God is using this ministry to meet the needs of His people. Joe is a brother in Messiah who is a testament to our ministry. Please check it out below:

Joe went to the University of Arizona as a Jazz Trombone Major in the Music Department. He played and practiced perpetually. His daily schedule often went from 6AM-midnight. Joe had great success both at the university and was even invited to play for Disney.

During the holidays, he led a jazz ensemble up at La Poloma resort in Tucson. One night one of the other players in his band got drunk and played a really terrible trumpet solo. However, the crowd just applauded and cheered anyway. Joe realized that not only was the trumpet player drunk, but the audience was too. Joe felt a deep sense that something in his life was really missing and that all of his hard work was meaningless.

A couple of weeks later, Joe was playing at the large Centennial Hall at the university for a big event. After he played his trombone solo that night, he looked out into the “sea of black,” and he thought to himself, “that sea of black became my applause. It was as cold as it was dark…I’m doing this all for my own personal gain just to get on top.” He felt empty and lost hope.

“I needed to take a sabbatical. I’m done. I am burned out. I put my horn away and I did not touch it for years,” Joe said.

He shared with me, “As years went by I got in a lot of trouble. I wasn’t putting my all into God. Did you ever hear that term, ‘Candy box Christian’? That was me. My life started spiraling harder and harder. I was saved when I was ten; I had walked away. I could sound clean but I was as wicked as it comes.”

Joe found himself at a church service and the pastor was preaching on the story of Miriam who anointed Yeshua with the jar of perfume that was worth a year’s wage. The message hit him so strongly, and Joe surrendered his heart to Yeshua.

Some time after that, Joe got into a motorcycle wreck and he was thought to be dead at the scene. He had collided at 55 miles per hour with a car whose driver was on drugs and had no license. Joe lost 60% use of the left side of his brain and 20% use of the right, and went into something like a coma. Joe had the accident on a Friday. He shared, “I woke up in ICU three days later… Everyone was praying for me.”

Joe told me that he had “a thousand and one questions for God.” He started reading the Bible, took a theology course, and found out that his mother’s whole side of the family is Jewish through a geology test.

Joe began connecting with the Messianic congregation in Tucson, and he and his wife joined in spring 2018. Joe and I began spending time together at the congregation and over coffee in town. Through the influence of my ministry, Joe picked up the bass and began playing with the worship team that I led. Joe and his wife also joined the congregational choir. It was his first time playing and singing worship music in many years.

I asked Joe what it was like to play worship music: “Oh, I tell you what! It feels awesome!” He let me know that he felt so connected both to God and to the people. He would sometimes get overcome with emotion and just about cry thinking how much God had displayed His love to him.

Joe shared with me, “You were one of the anchors in God’s plan in our life. [Serving on the worship team] brought all the things that I had learned up to that point back. Your ministry motivated me.”

Joe concluded: “One thing I’ve learned over the years: no matter what you do, God should always be the center of your focus.”

God is connecting the hearts of our Jewish people to Himself through Yeshua the Messiah. Your partnership is helping change lives.

Thank you so much for your prayers and generous support of our ministry.

All for the King! 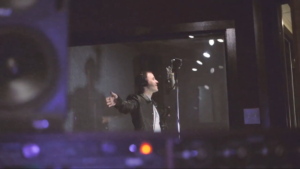